About five months ago I had the pleasure of reading and reviewing Ms Bryson's book The Brandon Men , so when I was offered a review co...

All this week  I'm interviewing potential new recruits for my imaginary company. I've invited several authors to send along some suitable candidates, chosen from among their fictional characters.

AW: Firstly, I'd like you, please, by way of introduction, to bring an object for Show and Tell, let us know what the item is and why it is special/important. 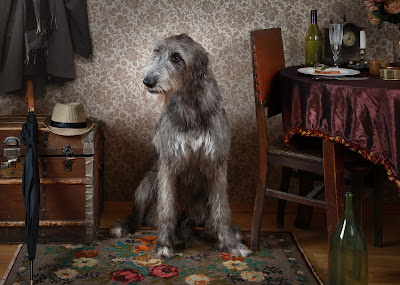 NO'C: I thank you for inviting me to your home, Annie. It’s a grand place, is it not? I’ve been living rough on the ground these past years, and I never turn down a seat by a crackling fire. I’ve brought for you this day not an object, but a companion. Meet my wolfhound, Fionn. Don’t be fooled by his pretty manners, for he has the instincts of a hunter. A warning to you, though, if you feed him that biscuit, he might never leave. He’s a loyal soul, but his stomach overrules his head. I’m blessed to have him. Wolfhounds are kingly hounds and well-prized in Ireland. I named him after the great legend warrior, Fionn mac Cumhaill, for he deserved no less a glorious name. He’s even done his namesake proud by defending me and my Áine when the need arose.

AW: [checks company policy regarding animals in the workplace.] Secondly, I'm going to place four items on the table in front of you. Could you please rank them in order of usefulness/value, with a few words about your evaluation?

These items are: a leather-bound notebook, a horse, a bag of coins, a sharp pointy weapon. 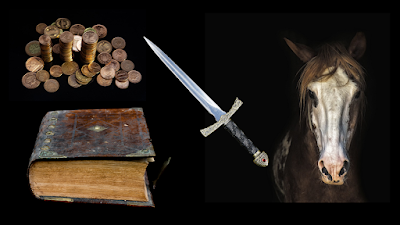 NO'C: I have no use for a notebook, and you may keep that if you will. It’s not that I am unable to read, I can well enough, but I prefer to hear stories than to read them in a book. And there’s no time to write anything down. As a matter of survival, we have to keep one step ahead of the English (present company excepted).

While I’d welcome a bag of coins, I’d have few opportunities to spend them, being holed up in the fastness of our hidden camp in Glengarra Woods as we are, and I don’t much relishing losing them to my companion Ruadhri, who has a passion for wagering. But a horse and a sharp, pointy weapon, as you so eloquently call it, would be the difference between life and death. Which one would I choose first?

We use strike and run tactics to harass and attack the English, and it may be necessary to slip into a bog or melt into the forest. At those times, we may be forced to leave our horses behind, which is a great shame to leave them for the enemy.

So I’ll take that sharp pointy weapon, if you don’t mind, for that might be the only thing that keeps me alive.

AW: [Maybe keep him away from the customers.] I have several vacancies in my global corporation. Would you be best suited to the role of CEO, Finance Officer, Head of Human Resources, or Chief Medical Officer? Why?

NO'C: You can keep CEO. I see how difficult it is for our commander, Edmund O’Dwyer, to manage a brigade of warriors and keep them in check, myself included. I wouldn’t wish it on my worst enemy, but I am grateful he’s at the helm. As for Chief Chirurgeon, I’m usually the one inflicting injuries on the insolent enemy, and I don’t think I could stomach binding their injuries. Official Exchequer holds no interest for me either, but I could make a difference as Head of Human Resources. To keep a fighting force of men ready to defend their country, you need to know them, live with them, understand what’s in their heart. I count the men I lead as my friends and family. I ask no man to bleed for our cause when I’m not prepared to open a vein.

AW: [Handy chap to send on team-building weekends, I think. Well, onto more general stuff...] You're going on a first date. Who has chosen the venue - you, or your date? How are you feeling - nervous, tongue-tied, or have you totally got this? Who's your 'wingman'? 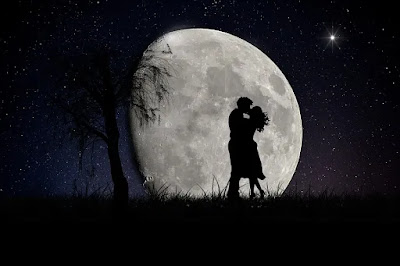 I’ll tell you, if I were to take my girl, Áine, out on a date, I’ll not be inviting a ‘wingman’, as you put it, although Cormac would insist on being one. He’s a fine friend and a good fighting companion, but he does carry on and his ribald songs would be tiresome when trying to woo a woman. If I want to hear his stories, I’ll not venture beyond the campfire.

As to where we’d go, I would have to admit to making that decision alone. It’s a matter of practicality. Áine isn’t as familiar with Glengarra Woods and the little glades where a couple can have some privacy. Would I be tongue-tied? A man would not admit that to another man, but since it’s a kind woman, such as yourself, who’s asking, I’ll admit to this: If I were still in Galway and the war had not touched me, I would be tongued-tied. Áine has a way of seeing through a man, and she makes me catch my breath. But this bloody war, where any day may be your last, changes sensibilities. Best to seize the moment when you can.

AW: [it would be handy to have him in difficult meetings, with that carpe diem attitude.] You've been building something - a Lego model, a battleship made of matchsticks, a ship in a bottle, or something similar. Someone you don't get on with smashes it deliberately. How do you react?

NO'C: I punch his lights out. Next question? No, I’m not normally a violent man or a hot-head, and I will not hold it against another for causing an accident or making an honest mistake. But when it is willfully done, they won’t be allowed to walk away from that. There are consequences, and I’ll defend what is mine.

AW: [Hmm, clever, quick-thinking. But might feel confined in an office environment. Probably a good negotiator though...] Thank you, Mr O'Coneill, we'll let you know. 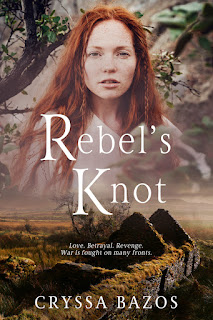 Cryssa Bazos is a historical fiction writer and 17th Century enthusiast, with a particular interest in the English Civil War (ECW) and romantic fiction. She blogs about English history and storytelling at her site, the 17th Century Enthusiast, and she's involved with the English Historical Fiction Authors blog site and a member of the Romantic Novelist Association (RNA) and the Historical Novel Society (HNS).