The Perils of Research 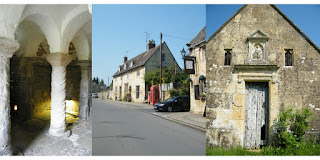 It should not have been a surprise, that the photo-research side of my writing would be perilous. The signs were there. Way back when my kids were small, there was an incident at Dunstanburgh Castle. It’s a windy old place at the best of times, and I do recall availing myself of the facilities, a portaloo in this case, and feeling that at any moment the entire cabinet would take off, and that I’d be sitting on a very different kind of throne in full view of all the visitors.

But the bit we all remember, and which is seared into the memories of my emotionally-scarred offspring, was the walk back to the car park along the blustery headland. I shouted to the two elder ones to grab hold of their younger sister, and at one point she was horizontal, blowing like a flag, her hair slapping round her face as vicious as any cat o’ nine tails.


There was also the search for the old church in Wales which involved three separate attempts, a conversation in Welsh with a man who looked as if he’d been rejected from the film The Deliverance for looking too menacing, and a pas de deux with several metres of barbed wire fence.

So, imagine my hubby’s delight when I announced that I needed to go on location to take photos to accompany my new book.

We began with high hopes. I simply wanted to get to a particular town in the Cotswolds. How hard could that be? Very, as it turned out. We probably, as the old adage goes, started from the wrong place. We ended up asking directions from a local mechanic, who smiled and told us that the best way was to take the local ‘shortcut’.

I concede that, as the crow flies, it probably was the shortest route. But it did involve a 1:3 climb on roads just wide enough for a children’s tricycle, and with the occasional hairpin bend thrown in just to make the journey more interesting when the hopeful traveller becomes too complacent. We overshot the junction and had to pull into the local golf club, at which point I caught the expression of yearning on hubby’s face, and for a moment his forlorn dream of an amble down the fairways even seemed appealing to me. 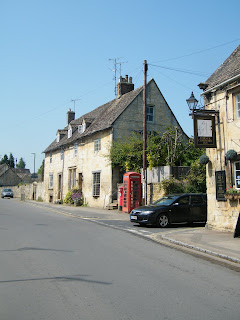 When we finally got to the town I thought the obvious thing to do, in order to locate which of the pub’s walls had been built from the stones of the medieval abbey, was to ask. Turns out, not everyone knows about Anglo-Saxon architecture and where to trace lumps of stone relocated in the last but one millennium. Astonishing! Now, if I’d wanted to know all the types of beer they served, I’d have been okay. Hubby did not share my surprise that a pub landlord might know more about the contents of his pub’s barrels than of the stones used to build the cellar he kept them in.

I did eventually find a collection of abbey stones, which are now kept as part of an exhibition at nearby Sudeley Castle, but not before a kind lady at the Tourist Information Office told me that ‘If you’d like to see the well, just carry on up the hill after you’ve visited Sudeley.’ 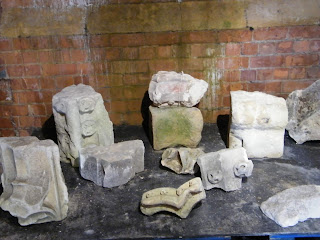 Did I want to see the well? The well where the funeral procession stopped on its way to bury a poor little murdered boy-king (allegedly)? Yes, I did! I told Hubby the story - that this little king had purportedly been murdered on the orders of his sister, and that a dove dropped a message on the altar of St Peter’s in Rome, alerting people to the whereabouts of the little boy’s body. It was found, and taken back to the abbey for burial. When the evil sister saw the funeral procession, she chanted a psalm backwards and her eyes fell out.

Given that the problem with writing about the Anglo-Saxon era is that there is very little left in the way of buildings, I’m keen to visit any site with even the vaguest connection to my writing. And besides, the publisher needed photos and I’m nothing if not dutiful. Just carry on up the hill, the lady had said. Well, it was certainly a hill. I saw a sign to a house and farm which had a similar name to that of the murdered king. Surely this was the spot? This may also come as no surprise, but my driver didn’t respond too well to the directive, ‘Pull over here!’ so he continued manoeuvring the car up the the bendy twisty hill until it was safe to pull in. I was sure that the drop onto the soft verge wouldn’t have damaged the car wheels but oddly he wasn’t convinced.

We walked back down the bendy twisty hill which did not have pavements yet did play host to a high number of vehicles, and went up the farm track. A woman with many dogs came to greet us. Hubby thought she said, ‘Can I help you?’, I thought she said, ‘What are you up to?’ and we both reckoned the dogs were saying ‘One step nearer and we will rip your faces off.’

She gave us the good news first. Yes, she knew where the well was. Then she gave us the bad news: it was five miles across the fields in the other direction. But instinct told me that the farm and adjoining cottage wouldn’t have been named after the murdered little king without good reason. We chose to press on. And sure enough, less than 50 metres from the house, we found it. Just one, tiny, weeny problem. The ground was covered with sheep poo, and the path was overgrown with waist-high nettles. And when I say waist-high, I’m measuring them against my 6 ft tall husband. Frankly, I’m amazed he didn’t divorce me on the spot. But I got my photo! 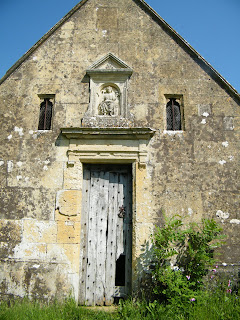 I thought our trip to the northeast would be much easier. For one thing, it’s slightly closer to home, and for another, I knew that the site I wished to visit had been extensively excavated. I remembered seeing the sign at the entrance, and I was sure that there would be something to see. In the seventh century the Northumbrians kings had a magnificent palace on this site. Goodness knows how they got there in the first place because we had to drive round the side of a huge hill/mountain (600-ish metres, if memory serves). There was little in the way of signage but I knew the site would be obvious. This time, given that the road was straight and traffic-free, Hubby responded a little more speedily to my ‘Pull over now!’. And yes, there was the site entrance sign: 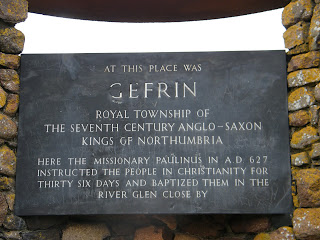 And this is what we saw. 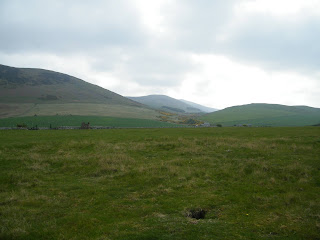 But I got my photo!

My book came out on Sep 15 and I’m rather pleased with the colour plate section. The photos speak of calm, of quiet, of historic landscapes and ancient waterways. Hubby knows the truth though. He mutters darkly about writers staying at their desks where they belong. 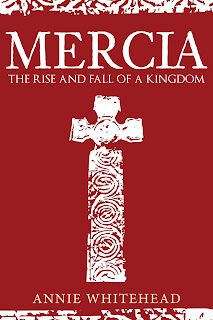 Mercia: The Rise and Fall of a Kingdom is available from